Covid-19 Update: In accordance with UK Government guidance we are able now to undertake socially distanced face to face appointments.   We also offer Zoom, telephone and Skype appointments if preferred.

Overcoming a Fear of Flying and Other Phobias

A fear of flying or aerophobia is one of the most common phobias and is believed to affect around one in ten of the population. There is often a combination of phobias including claustrophobia (fear of enclosed spaces), acrophobia (fear of heights) or agoraphobia (fear of being away from a place of safety). The anxiety often starts with the anticipation of the journey, worrying about what might happen in the terminal before boarding and during the flight.

You may be concerned that you will have a panic attack and lose control in front of other passengers, or be convinced that the aircraft won’t survive a period of turbulence or will have a technical fault and crash. Media coverage of highjacking or terrorist attacks only adds fuel to fears despite safety statistics showing the chances are minimal.

A fear of flying can usually be traced back to an incident in the past, perhaps as far back as childhood. You may have experienced an upsetting event on a flight which has remained in your subconscious, or been influenced by a disaster film set on an aircraft. Your phobia may even have been triggered by a period of stress in your life which happened to coincided with travelling by air.

It’s also common to experience a fear of other forms of travel and again is often inter-linked with other phobias. You may be afraid of being trapped in a traffic jam or of losing your way, especially if travelling alone. This may make it impossible to travel anywhere, even to your place of work.

You may well feel that your fear is severely limiting your life by separating you from friends and family, ruining the chance to enjoy a foreign holiday, or restricting business opportunities. Through Hypnotherapy or NLP sessions the source of your anxiety can be identified and dealt with, setting you free to travel in a relaxed and stress-free state*. 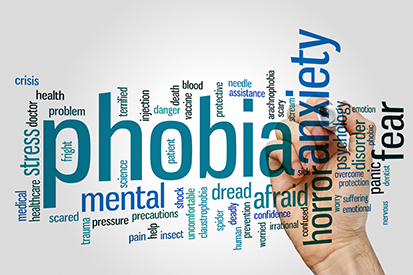 Since graduating in Social Science at the University of Surrey, he has also completed advanced training in Hypnosis and Neuro Linguistic Programming.

* Disclaimer: Any claims or testimonials seen on this website are people’s personal experiences and results may vary due to a variety of factors.

Where to See Us

Where to See Us